My name is Lars Kjær Dideriksen and I am a journalist. I currently live in Aarhus, Denmark.

I have worked in the press (Sjællandske Medier) and in the communication sector. Initially at educational institutions (The Kaospilots, Zealand Business College and VIA University College) and currently as a one man army PR manager at the dance theater Bora Bora in Aarhus.

Besides some film and writing projects I have been greatly involved in music for many years – as a writer, record label/band manager and website editor (among other things: way back starting the now defunct site Supertanker – probably the first English language news site on Danish music).

My independent record label is called SOPA (Sound Of Perpetual Astonishment) and was founded in 2006. Here I have worked with artists such as Katrine Stochholm, Sister Chain & Brother John, Marzipan Marzipan, Nils Gröndahl etc.

Among my various projects there are the book-, cd- and web project “århus:nu“, the music documentary “First You Close Your Eyes” and the educational documentary “Working Lab Greenland“. In 2018 I started the blog and podcast project Easy Being Free. 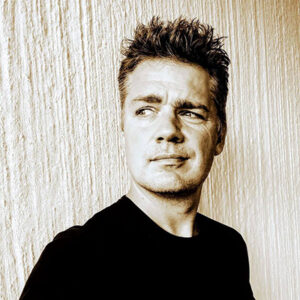 ﻿
© 2019 All Rights Reserved. Developed by Dessign.net