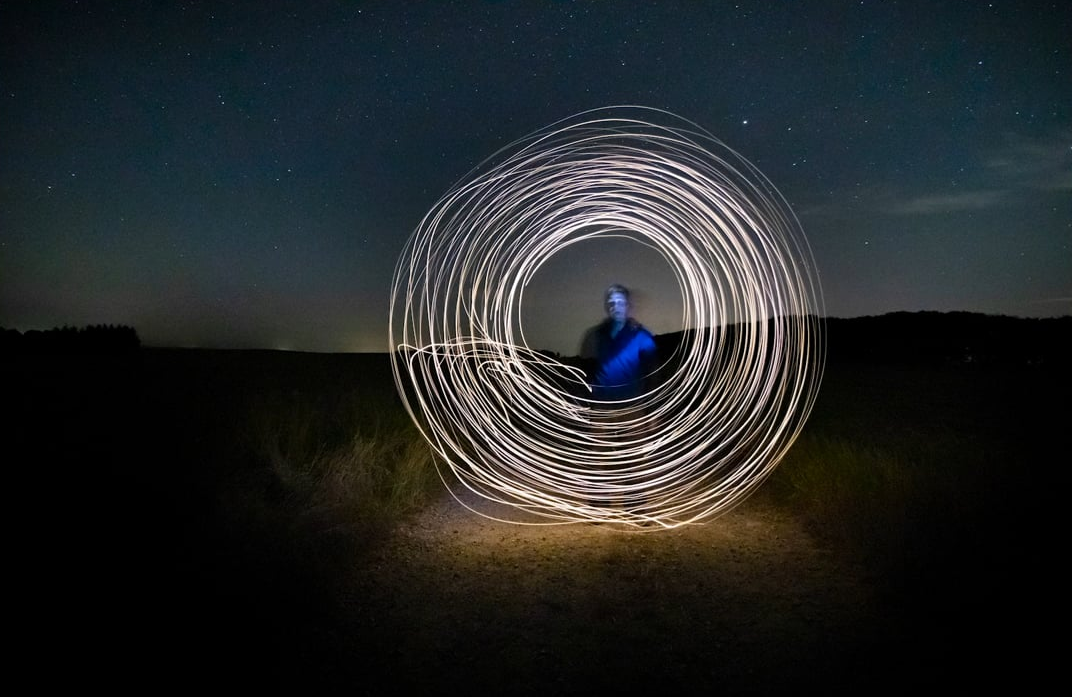 On August 12th when the Perseids meteor shower peaked, we went to a field on a hill behind town and saw between 20 and 30 shooting stars. We were there for about three hours.

Tried more things with lights and long shutter times on the camera.

There is still a bit of light pollution from the neighbouring cities, but it’s okay for watching stars here in our village. There are better places in Denmark, but most places have some degree of light pollution. Yeah, Denmark is a tight space. Not much so-called wild nature at all. Our national parks are not big. Our biggest only has a coastline of about 70 kilometers (43 miles).

This summer I tried a few quick and improvised shots on the island of Fanø on the deep dark westcoast of Denmark. I tried afterwards to bring out the milky way in the photos. You can’t see it as such with the naked eye. It feels a bit like a thin white-ish cloud if you CAN see it. But cameras can make it clearer. And I did manage bring it out. But this time I suppose there was too much light, because it did not stand out as clear. Luckily there are other things to shoot in the dark.

Once again we tried doing things with the flashlight. Actually a small keyhole-finder lamp as well as a string of lights. I was more focused this time, but it was still difficult. Still, it is a thing I want to explore more. It’s just too much fun. Of course, this is not a new thing at all. Picasso did this stuff in 1949. There is just so much to try out that can’t be a 100% controlled by all this digital camera stuff. The lack of control is freeing.

I shot with my Canon 200D with regular allround 18 to 135 mm lense on it. Goes down to F-stop 3.5, which is not really perfect for low light conditions. I don’t know how much of a difference it makes when it’s so dark. The lower the F-stop, the harder it is to focus. And it was difficult enough with this one. Had to do it manually.

But it was a nice evening. Got some nice shots.